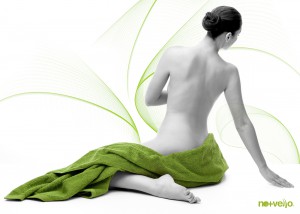 In 2007 the company is born with 2 own centers. One year later Portugal turns into the first international expansion and in 2009 and 2010 become the first awards: Spanish Franchise with the Best National Expansion Projection (AEF).

In 2011 we opened a subsidiary in Italy and begin the american expansion. Moreover Entrepreneur Magazine names us Nº1 New Franchise and Nº1 in Personal Care Category.

One year later No+Vello is in the Top 100 Global Franchises by Franchise Direct and we introduce another new business concept: PROSKIN.

In 2014 No+Vello appears in Forbes magazine as one of the companies that have changed the rules of the market, and we also get Nº 41 in Ranking Top 100 Global Franchise (Nº 1 franchise Spa-Beauty sector in the world).

No+Vello has expanded globally despite the economic downturn. Its clinics have fast become a familiar sight in high streets around the world.

With No+Vello’s international reputation, we are now in the process of rapidly expanding in the UK.

Why skin cleansing is so important

On average our skin renews itself every 28 days however this process can be sped up with the use of specific treatments and products. For a ‘normal’ skin a deep cleanse is only necessary to be performed every 21 days to maintain good skin health but for more concern...

Having a beautiful sun tan is what we all strive for in the summer months, but does this mean we can’t receive laser/IPL treatments until it’s faded? At no+vello you can receive IPL treatments all year round with the help of our sun&safe technology. The innovative...