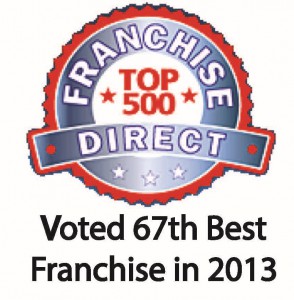 Following on from their appearance in the 2013 Franchise Direct Top 100 Global Brands awards, a creditable 84th and one of only two Spanish Brands to be recognized, no+vello are delighted to reveal that they also feature in the 2014 Franchise Europe Top 500 awards coming in at 67!

Matt Simmonds, Director General – Head of UK Operations commented “3rd party recognition is always welcome, and we are thrilled with this latest marker of our progress as an International Brand. For a young business such as ourselves having your efforts and brand acknowledged is great, both for the management and in particular for our individual franchise owners around Europe whose businesses represent us on the High Street.”

Recognising that it is good to give as well as receive, no+vello are proud to confirm their sponsorship of the no+vello 2014 New Women Franchisee of the Year Award – part of the EWIF ‘Encouraging Women in Franchising’ awards for 2014.

The award recognises the most successful woman franchisee during 2013 (who became a franchisee after January 1st 2012).

“our purpose in sponsoring the award is to highlight the success women can enjoy in running their own businesses. We want to encourage more women to have the confidence to take that step and be part of a thriving UK economy”, said Matthew Simmonds Director General & Head of UK Operations .

To find out more about the no+vello franchise opportunity please visit our website: www.nomasvello.co.uk